I’ve found myself apologizing to Giant Beets in Forager. How weird is that?

Forager, at first sight, looked like one of those games where the wallpapers and art depicting the game looked 200% better than the art in the game itself. I had put it aside for quite some time, until I saw a friend, Psyche, play it on stream, and in that same day I bought the game.

It was an impulse, I admit, but a good one as impulses go.

I’ve started with a small piece of land, much like Stardew Valley, and I had to start from the ground up, just with my pickaxe. And believe me, it’s no easy feat to be carrying around a pickaxe, then a shovel, a sword, a bow and a weird looking amulet thing that summons god knows what!

In the game we buy more land my transforming ore we mine, with a pickaxe – have I told you we have to carry a damn pickaxe around!? – and transform it into metal bars, in this case gold ore into gold ingots to then produce coins and use them to buy more land in the surrounding area.
There was this land I had bought that contains a few beets in it, usually I would destroy everything in the land “until every natural resource is consumed. The only way you can survive is to spread to another area. There is another organism on this planet…”, oh wait, this isn’t that. 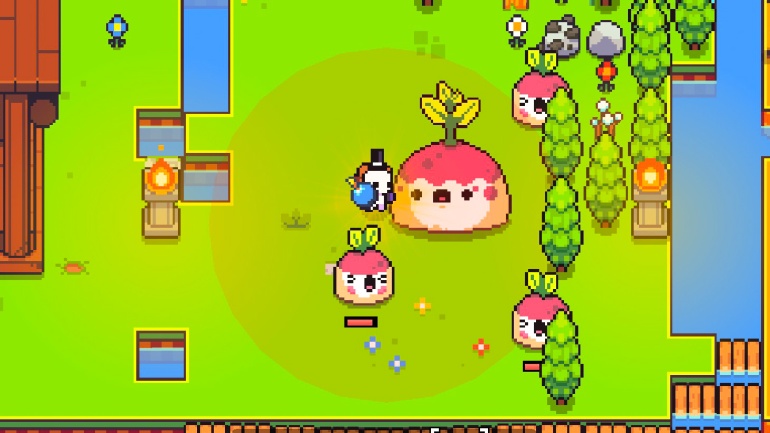 Yes, about the Giant Beets I’ve been apologizing to… One of those lands contained this 3 baby beets and that big beet, we can interact with them and they will give back some lovely messages, but if we hit them with our pickaxe, or, let’s say, a bomb, they will cry in agony and give back some very sad messages.

But not only this Giant Beets send us lovely messages, there are also some people around who’s interactions with us are priceless (a good idea from the developer to spread love around). One of those messages deeply surprised me, a message that has a special meaning to me, and imagine my surprise when the game gave me this line after a quest.

Jokes aside, the game has more to it then just the 2D pixelated look, and the pickaxe I so much love. It’s a lovely game, and I’m happy I picked (get it!?) it up at release. According to the developer, and the roadmap he has made public (twitter link), new stuff will be coming soon, and I can’t wait. 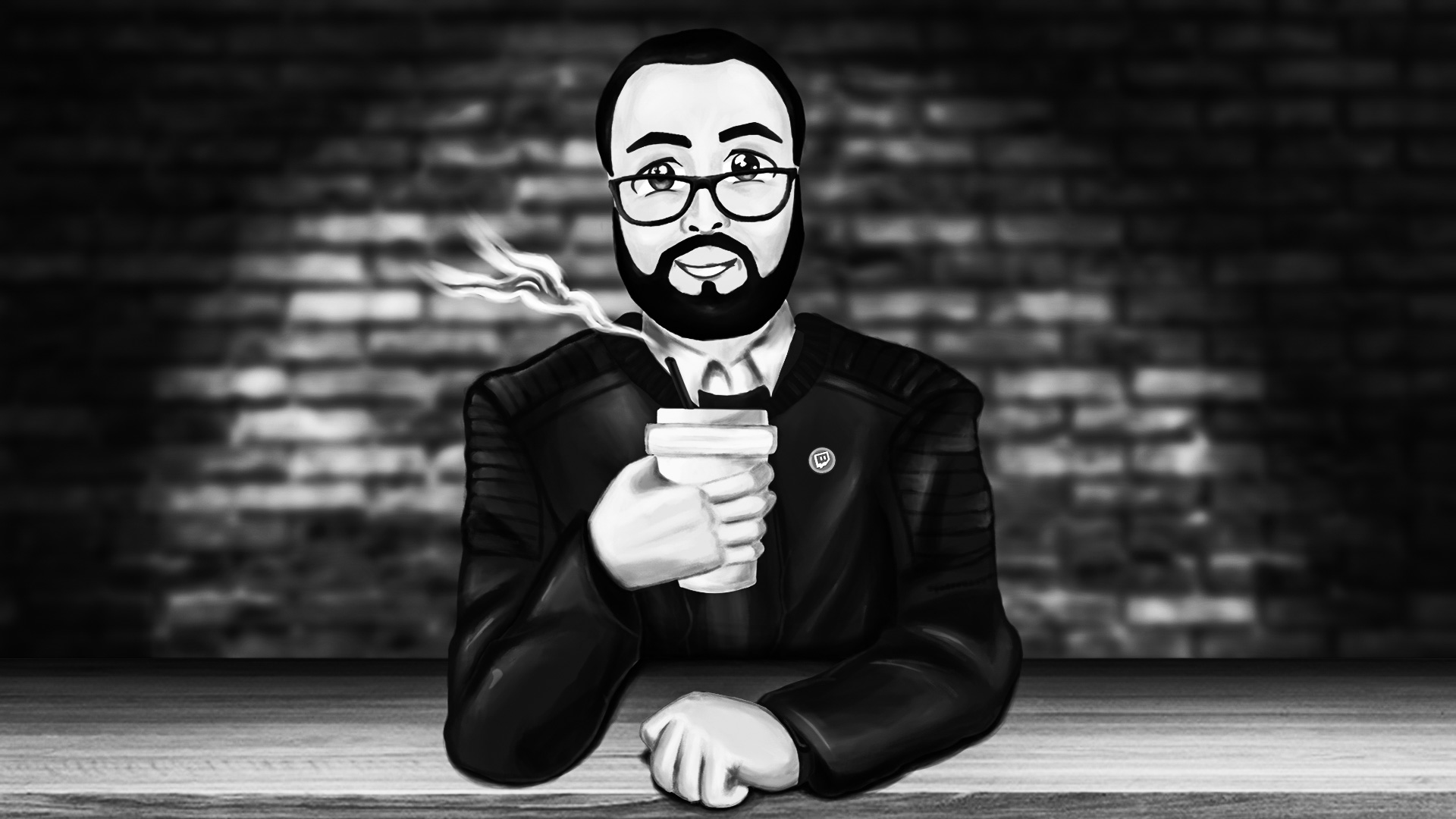 Yesterday I played @planetzoogame for the first time. I'm delighted with the graphics and mechanics in this game. The closest thing I've played to a game like this is TheSims (which I know, nothing alike). Meet my character and this incredibly awkward bear I will be taking care of until the #PlanetZooBeta ends, and once the game is live.
Took some inspiration from @PsychePlays's desktop and made this #EliteDangerous themed #rainmeter layout. It's not much but it mine. 😊
After some heavy work, I finally present to you my racer ship: 🚀 SHIP: Imperial Eagle 💬 NAME: The Ranger 📸 PAINTJOB: Slipstream Blue ▫️ SPEED: 699m/s ▫️ BOOST: 932m/s Outfitting reference: https://s.orbis.zone/41fa #EliteDangerous #GalPhotoED #EDpostcards #Space
I went down to Maia system to see if the rumors were true and if so how I could help Professor Palin's. I failed! 📷 Carson's Spring Megaship 💫 Maia system 🏷️ #EliteDangerous #GalPhotoED @elitedangerous
I've moved in fairly recently and I'm enjoying the neighborhood ever since. #ElderScrollsOnline #Cliffshade #Greenshade #Tamriel
I've been roaming around #Elsweyr for the last few days. So far it has been an amazing journey in #ElderScrollsOnline.